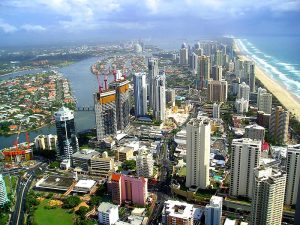 The Gold Coast is a coastal city in the Australian state of Queensland, approximately 66 kilometres south-southeast of the state capital Brisbane and immediately north of the border with New South Wales. With a estimated population of 679,127, at June 2018, the Gold Coast is the sixth-largest city in Australia, making it the largest non-capital city, and Queensland’s second-largest city. 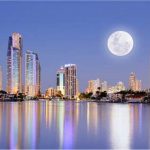 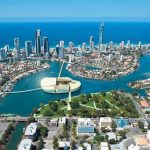