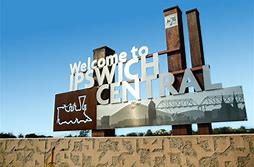 Ipswich is the fastest growing city in Queensland, with the population estimated to increase from 200,000 to almost 500,000 over the next 25 years. Ipswich has competitive start up cost advantages and access to plentiful light and heavy industrial land to suit any enterprise.
Ipswich is directly connected to six major highways, rail, an intermodal transport hub, three airports and the Port of Brisbane, including A and B-double access and direct high voltage links to power stations.
South East Queensland is forecast to create 783,000 jobs, with Ipswich set to gain a large share of job growth, especially in manufacturing.
Queensland’s economy, along with industry and population growth patterns, has created a unique opportunity for the City of Ipswich to service South East Queensland supply chains.
Master planned communities like Springfield and Ripley Valley are creating jobs and Ipswich is set to become a globally connected city of the future.